The PBM world is shaken up again with United Healthcare’s announcement that it will acquire Catamaran and combine it with their current PBM operation, OptumRx. The deal was announced 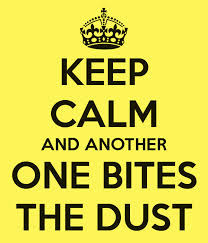 with United paying a 27% premium for the right to solidify it’s number three position in  the lineup of the latest arrangement of “The Big Three” PBMs (Express Scripts remains number 1 in total prescriptions filled; followed by CVS Caremark at number 2; OptumRx is number 3). Collectively, these three will fill almost 75% of prescriptions in the country!

Consolidation in healthcare, as predicted, will continue, as payors, providers, wholesalers and retailers scramble for positioning in a post-ACA environment. For larger plan sponsors of pharmacy benefit programs, the trend makes it potentially more challenging to find competing offers and reduces the number of vendors that they will consider for help with reducing the costs of prescription drugs. At WBC, we believe this trend creates new market opportunities for second-tier PBMs who are willing and able  to bring competitive and innovative offers to the table.  Remember, it’s not the price at which the PBM is able to buy, but rather, what they charge to the plan sponsor that translates to net effective drug spend.

Customer service always becomes a big unknown when it comes evaluating the market effectiveness of these mega deals and impacts customer retention.  Catamaran has certainly been experiencing their share of account management difficulties, which have been attributed to biting off more than they could chew with a previously aggressive acquisition appetite.  How OptumRx integrates time, talent and resources remains to be seen.  Some pressure has been relieved in the claims processing area, since OptumRx has been reportedly operating with a Catamaran technology system (remember, this used to be a big business for Catamaran’s predecessor, SXC). We’ll see how it applies to their sales teams and account management operations.  Stay tuned. It is expected to get more interesting as other marriages between PBMs, health plans and retailers are expected!