President Trump on Friday released what he calls “a blueprint to bring soaring drug prices back to earth,” as he attempts to reduce the cost of prescription drugs. Additionally, the president has said “This is a total rip-off!”  Powerful rhetoric and not overly insightful, but will it work? 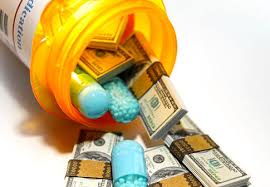 According to the administration, the new Trump initiative will:

Actually, overall drug trends for third-party payers have been somewhat stabilized in the last two years, with many plans seeing flat costs or even negative trend.  At least, with respect to “regular” drugs.  This excludes the continued escalation of specialty drug prices, the high-cost biologic agents used to treat relatively rare conditions, such as MS, Rheumatoid Arthritis, Hepatitis C and others.  Cancer is the one disease state that can be treated with specialty drugs which unfortunately continues to grow, no pun intended. Specialty currently accounts for approximately 35% of drug spending while treating only about 1-1.5% of a plan’s population. These drugs are so expensive that their overall cost impact skews the perception of escalating drug expenditures.

So will the announced initiative do anything to control costs? Probably not, or at least, not until patent relief that can be applied to specialty drug “biosimilars” can actually come to market. We’ve been waiting since the beginning of  the Affordable Care Act to see this happen, but little progress has been made. Possibly the leadership of Dr. Gottlieb at the FDA will make a difference.  The other drug cost ACA holdover was the continued prohibition that keeps Medicare from negotiating pricing with drug makers. Pharma was promised this windfall as a payoff for their support of Obamacare and to kowtow to the tax plan on pharmaceutical manufacturers and medical device makers.

Rebates are the pricing mechanism that should be targeted, since both manufacturers and PBMs use them to pump profits and enables them to continue the finger-pointing.  Pharma claims that PBMs demand higher rebates, which get added to the overall financial modeling conducted by the drug makers; while PBMs complain it is the manufacturers who continue to raise prices in a continued trek to appease hungry Wall Street investors. At the bottom of this food chain are the prescription drug utilizers, the patients.  They see higher prices at the pharmacy, particularly when they are enrolled in a high-deductible health plan that has them paying 100% of their cost until they meet their deductible and out-of-pocket maximums.  The employers and other plan sponsors are the ones that receive the rebate checks, and in most cases, use them to reduce their corporate expense, rather than assist the plan member.  That is why we will be seeing a push to restructure the rebate arrangement, so that more of it can be applied at the point-of-sale, thereby reducing the patient’s out-of-pocket expense.

Stay tuned.  There is much more to come this year as drug pricing becomes a very hot topic as we get closer to the November mid-terms.