No, not that word! The other “F” word…Fiduciary!  At WBC (www.wbcbaltimore.com) we have been asking our clients to keep this word in mind.  Trustees of multi-employer plans (and other types of plan sponsors) need to remember that the decisions they make are guided by the judgement of being a fiduciary. 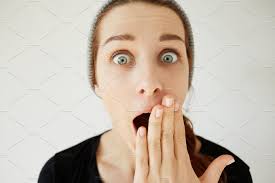 This means that their decisions must be for the exclusive benefit of the plan and its members.  This obligation extends throughout the healthcare spectrum, including prescription drugs.  Too often the Rx program gets forgotten as it applies to fiduciary standards. To date, Pharmacy Benefit Managers (“PBMs”) have had the ability to skirt the fiduciary label by pointing to their lack of discretionary decision making regarding the operation of the prescription drug benefit. The courts have agreed, and so, PBMs provide products and services that seem to defy the exclusive benefit rule, meaning, that their services are great for PBM shareholders, but come at the expense of the plan and their members! WBC believes those days may be numbered!

In a 2008 court case, the United States District Court for the Eastern District of Missouri found that Express Scripts, a PBM, was not a fiduciary for most purposes under ERISA. Express Scripts, Inc. PBM Litigation, Master Case No. 4:05-MD-01672 (July 30, 2008).  U.S. District Judge Stephen Limbaugh rendered an opinion that included a detailed analysis of the fiduciary status of PBMs under ERISA which for the most part, followed the view of PBM fiduciary duties embraced by another district court in Moeckel v. Caremark, Inc., No. 3:04-00633 (M.D. Tenn. 2007).

The Plaintiffs in the case brought a putative class action on behalf of the Goodyear Tire and Rubber Company, the New England Healthcare Plan,  and other similarly situated self-funded ERISA health plans that utilized Express Scripts’ services as a PBM, alleging that Express Scripts breached fiduciary duties under ERISA by a variety of improper acts. As referenced above, Judge Limbaugh did not agree. The law does provide, however, that service providers like PBMs may be de facto fiduciaries, and therefore have fiduciary duties where they, in practice, exercise discretionary authority or control over how the plan is administered.

In the current political environment, where politicians have caught the scent of what pharmaceutical manufacturers have been saying for years, i.e., that it is PBMs that force drug prices skyward by demanding larger and larger rebates,  the political winds of the day may influence courts to reconsider accepting the PBM’s argument. WBC has questioned that posturing for years, and wonder if the PBM-designed formulary that steers patients to the preferred drug classifications defined by the PBM is really “out of their control?” Of course not! The majority of PBMs create formularies that will provide them with enhanced leverage over the manufacturers and maximize rebate revenue that can be extracted. In the vast majority of cases, Trustees go ahead and accept the recommendations of the PBM.  By extension, do the Trustees who select the PBM that provides prescription drug services to their members insulate themselves from their fiduciary obligation and potential resultant liability if they fail to act in the appropriate fashion? We don’t think so. WBC believes that Trustees and their consultants need to be keenly aware of the legal ramifications of choosing a PBM that does not operate in their fund’s best interest and be prepared to make better choices in the future. Stay tuned, there will be much more public exposure to come during 2019 and 2020 related to how PBMs operate!