As 2015 comes to a close, it’s time to reflect on events that have occurred throughout the year that continue to impact our healthcare system in America.  Nothing can compare to the consequences 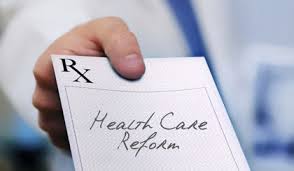 on medical and prescription drug costs as does the Affordable Care Act. Healthcare reform has never been in greater need of help!

While one of the stated goals of the ACA was reducing the number of uninsured, has this really helped or hindered the corresponding need to reduce costs and improve access? I’ve argued that one of the greatest cost-drivers in U.S. healthcare is an unregulated third-party payment system. In my book, Killing Healthcare, (https://wbcbaltimore.com/books/) I describe how too much insurance distorts the ability of markets to adjust to elasticity of demand and self-regulate.

So how is the ACA performing to date? According to many disparate sources (HHS, CBO, Heritage Foundation, Kaiser Family Foundation, etc.), the number of uninsured has been significantly reduced. (The total has dropped from 15.3% in 2010 to 9.8% in December 2015.)  What is not clearly reported is the source of the coverage for these formerly uninsured. When reviewing data from the first half of 2014, 6.3 million people obtained private coverage, yet this was offset by 3.8 million who lost employer plans. The additional gains were made through the expansion in Medicaid enrollment, which added up to another 6.1 million with coverage.  The correlation of newly insured to those states that expanded Medicaid is striking. We have seen reports that assign 71% of the increased number of people being covered by insurance to 25 states and the District of Columbia.

To me, this further validates my conclusion that the ACA is the wrong prescription for meaningful healthcare reform. There was no need, independent of politics and control, to so completely revamp our former system.  A simple Medicaid expansion would have gotten us the same results without the multiple billions spent on websites that don ‘t work, insurance company and pharmacy benefit manager consolidations, regulatory compliance, etc. ,etc., etc.

Add on top of this the actual reduction in consumer choice, plan coverage options, and provider network limitations, and increased out-of-pocket expense and you see the colossal waste that Obamacare has wrought!

So let’s look at 2015 and see what has happened and the number of adjustments and changes attributable to the ACA. Uninsured continue to decrease through the above-mentioned Medicaid expansion. We saw huge premium increases across the country for private insurance. The average premium increase for 2016 is between 21 -33%, with many plans requiring 50-60% rate hikes. United Healthcare made news with their announcement to withdraw from the public exchange marketplace, as have many insurers before them.  The long-term prognosis for the Exchange plans is not good and we expect more carriers to flee when they see their loss ratios in this market.  Additionally, we saw a boatload of ongoing clarifications and modifications to administrative requirements including: additional coverage requirements for preventive services; new rules for cost sharing limits; new rules for Summary of Benefits; the Supreme Court ruling on subsidies in King v. Burwell; increased penalties for non-compliance with the reporting requirements of Section 6055 and Section 6056; other final rules related to employer reporting; final rules on benefit limits, Age 26 coverage, appeals process, emergency services, grandfather status; and finally, the delay of ACA taxes for the “Cadillac” tax, health insurance tax, and medical device tax (maybe this could be related to the 2016 election?)

Stay tuned for an eventful 2016. We shall see if the political process can accommodate the financial requirements and realities of maintaining the best healthcare system in the world.