The future of the Affordable Care Act (“ACA” or “Obamacare”) is hinging on the outcome of King v. Burwell. The Supreme Court is expected to rule before the end of June and 6.5 million folks who currently receive subsidies, are nervously awaiting the decision. The promise of healthcare reform, i.e., that the uninsured would 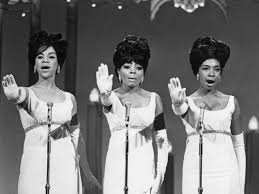 receive coverage and that the coverage would be affordable, is couched in the underlying premise that “the rich” will subsidize the cost of achieving this goal.

The case examines whether individuals who are enrolled in the federal exchange (“Healthcare.gov”) can receive subsidy payments. The ACA seems quite clear in the literal reading of the law.  It says only those individuals enrolled in state exchanges can receive a subsidy. Obamacare proponents have claimed that the intent of the law was to offer the subsidy assistance to anyone who qualified, regardless of which exchange offered the coverage. Since 34 states did not create their own exchange, their resident participants in the federal exchange may lose their subsidy which presumably makes their coverage affordable.

Of course, as former President Clinton might say, “it all depends on what the meaning of affordable is.” Affordable, by design in the ACA, means that people will obtain insurance coverage and their premiums and out-of-pocket costs may be reduced by receiving a subsidy to offset the true cost of their plan.  This magic is performed courtesy of those families with incomes above $250,000 a year in the form of increased Medicare taxes, added taxes on pharmaceutical and medical device companies, and reduced Medicare payments to physicians, insurers and hospitals.

Without the subsidies, it’s hard to see how Obamacare can survive. It has been estimated that an enrolled member would see monthly premiums increase by an average of $268 per month. This number seems extraordinarily low, particularly compared to anecdotal, random survey results that find many couples who are receiving $1,000 per month subsidies and would be expected to pay $1,800 per month or more without them!

If the Supremes rule against the subsidy payments, their end could come very swiftly. Some commentators feel that the Court could delay the effective date or issue a stay, thereby giving Congress some time to craft an alternative fix.  Others have said that a stay is unlikely, given the fact that if the subsidy payments are ruled illegal, it would be difficult to justify that they be given a pass. Of course, if the Supreme Court rules against the subsidy, it will take at least 25 days for the “official” ruling mandate to be made public.

This case, however, is far from a foregone conclusion. We’ve seen betting pools that have gone from a 5-4 decision against Obamacare, to a 6-3 win to keep the subsidies in place.  The truth is that the esteemed justices read the papers and may be very reluctant to create a perceived marketplace tsunami by overturning the current status quo.

Stay tuned! Much more to come regarding the most important court decision of the year!