The Affordable Care Act (“ACA”) continues to deliver unexpected consequences, or are they?

Walgreens Boots Alliance “(WBA”) is preparing to announce its acquisition of Rite Aid for an expected $10 billion. Industry sources expect an announcement as early as Wednesday of this week. 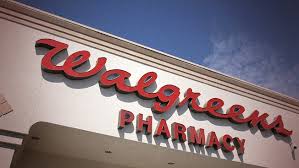 This is consistent with WBA’s CEO, Stefano Pessina’s, strategy to consolidate healthcare resources. This is driven by the ACA’s growing domination  of U.S. healthcare, as insurer’s, hospitals, PBM’s and pharmacies scurry to seek synergies and efficiencies to retain margins and keep their doors open, and deal with a centralized reimbursement system. While helpful to the chains, I’m not sure it provides much help to plan sponsors with  reducing prescription drug costs!

At Wilkinson Benefit Consultants we’ve been talking about these consolidations for some time.  A number of commentators have also argued that this chilling outcome of reduced competition was exactly what the Affordable Care Act intended to accomplish. In my book, Killing Healthcare (https://www.wbcbaltimore.com/books/),  I comment extensively on this point.

A Walgreens move to re-enter the pharmacy benefit management space has been anticipated as well. The chatter was that Walgreens would purchase a PBM in order to keep pace with CVS/Caremark and Rite Aid’s acquisition of Envision Rx, a mid-tier PBM.  There has also been some speculation about Express Scripts being in the mix, but I guess the wounds from the 2011 ESI-Walgreens network battle are still lingering.  In any case, it appears that Walgreens has addressed that need by gobbling up Rite Aid and it’s subsidiaries.

What does this all mean to consumers and pharmacy benefit plan sponsors? Not a whole lot in 2016, I suspect. Afterwards, however, depending on the presidential election and the future fate of the ACA, pharmacies will see their reimbursements squeezed by reductions in Medicaid and Medicare payments, leaving our old-reliable whipping posts, private insurers and self-funded plan sponsors, to make up the short fall. With one less major chain to try and negotiate pricing, the effectiveness of a narrow pharmacy network or exclusive chain arrangement for plan sponsors will be negatively influenced. It is really quite simple: with fewer PBMs and fewer competing pharmacy chains, Rx plan sponsors get squeezed!  Ultimately, when choice is eliminated, there will only be one payer, a single-payer, left standing to pick up the tab. Big surprise!