As if these dire warnings should come as any surprise, insurers who are providing health insurance coverage in the public exchanges are sounding the alarm! 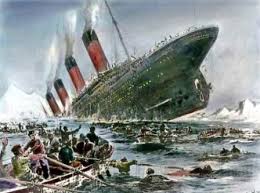 How could there be any other outcome? A completely overblown healthcare “crisis” was addressed through mandated coverage that had to be over-priced in order to provide maternity coverage to 60-year olds and that was designed to eventually push private insurers out of the market. So no surprise here.  As I point out in my book Killing Healthcare (https://wbcbaltimore.com/books/), The Affordable Care Act is an example of why lack of insurance is not the problem. The problem is with the Obamacare solution that provides too much insurance designed to overwhelm the system with new patients and a mountain of administrative changes in order to and pave the way for a single-payer system. It does nothing to bring down healthcare expense or reduce prescription drug costs.

Now before any of our loyal readers, who happen to think single-payer might be the right solution, start sending letters to your humble scribe, relax! I’m not saying that it is not.  My main objection resides in the deceit of the political intent, and a thorough lack of transparency in the process.  Our country faces many monumental economic decisions going forward, with healthcare and entitlements nearing the top of the list.  Honest debate and evaluation of alternatives needs to take place, not ideological fiats forced on the country because professional politicians can serve as amateur health economists in order to see their vision come to fruition.

So, what are the insurance carriers saying? In a phrase: this can’t stay afloat! Insurers are losing money on their exchange policies, with big rate increases having occurred in 2016 and are expected again for 2017. According to Larry Levitt of the Kaiser Family Foundation, “Something has to give. Either insurers will drop out or insurers will raise premiums.” Already, United Healthcare has followed up on last year’s announced intent by withdrawing their plans in Arkansas and Georgia this year, and with a total pull-back  of all plans a distinct possibility. Aetna, too, has publicly said they have serious concerns about the public exchanges sustainability.  The Blues plans may be next.  A recent Blue Cross Blue Shield Association report said that new ACA enrollees had 22% higher medical costs than people who received employer-sponsored coverage.  Again, this should come as no surprise.  Blue Cross of New Mexico has exited, and rumor has it that Blue Cross of North Carolina may follow. Their CEO, Brad Wilson, has said that his plan lost $400 million due to their Obamacare policies.

As the insurers get ready to submit their proposed rates for the 2017 plan year, we can expect “uuuuuuuge” rate increases. 2016 saw, on average, about a 30% bump across the country. Some specific plans had increases of 60%. We don’t see any new magic appearing for the coming year that would assuage this pattern.

Those who are not fans of the ACA can claim that the dreaded “death-spiral” is only a subsidy payment away from happening. (The death-spiral occurs when there are not enough young, healthy and low cost enrollees signed up to offset the elevated expense associated with insuring the old and infirmed.) To further add to the Washington “solution,” the federal subsidies are used by approximately 87% of the ACA enrollees to help pay for their coverage, thereby attempting to make the unaffordable, affordable!  As we heard in the Supreme Court’s King v Burwell case, the loss of these subsidies would crater the entire program.

On a positive note, the Administration does point to 12.7 million enrollees in 2016, with approximately 5 million who never had coverage before. The debate occurs on whether the entire system (insurers, employers, unions, hospitals, physician practices, pharmaceutical companies and medical device makers) needed to be disrupted to this degree in order to enroll a relatively small number of new insureds. (A much simpler Medicaid expansion could have done the same thing WITHOUT this cluster-bomb exploding.)

As always, stay tuned.  They’ll be much more to come on this topic with this summer’s ACA rate increase announcements and the November election !